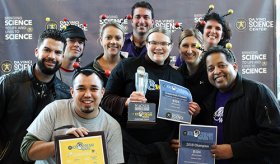 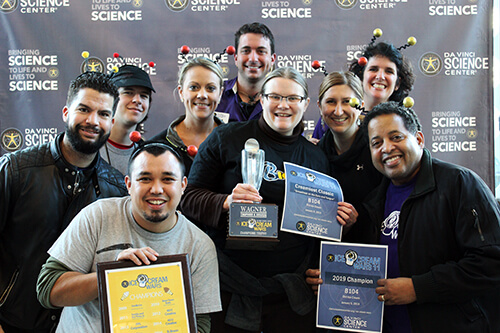 Now in its 11th year, Ice Cream Wars is the ultimate ice cream taste-testing competition in which Lehigh Valley businesses create their own original ice cream flavors and compete for the championship.

Teams from nine companies went all out this year with work beginning months in advance to perfect their flavors, create costumes, and select themes for their team.

“With all the themed costumes and creative flavors, you could really tell that the teams were putting everything out there,” said Ian Beard, executive chef at the Holiday Inn Conference Center Lehigh Valley who served on the Foodie Fan Panel. “There was so much energy, and you could almost taste the passion and emotion in the recipes.”

The event also serves as a sweet chemistry lesson for visitors as Science Center educators work with teams throughout the day to freeze their ice cream using liquid nitrogen. When mixed with room-temperature ingredients, liquid nitrogen evaporates quickly and produces a smooth, creamy ice cream treat that is safe to eat in minutes.

The Foodie Fan Panel presented a number of additional awards, including: