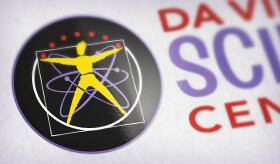 Tags: Board of Trustees, James McLean

Joseph A. Tracy, M.S. – Vice President, Center for Connected Care and Innovation for Lehigh Valley Health Network (LVHN) – also was elected to the Board of Trustees during the most recent meeting.

McLean has been a Da Vinci Science Center Trustee since May 2014 and is a member of the board’s Executive Committee, Audit Finance Committee, and Strategic Planning and Oversight Committee. McLean and his wife, Irene, are members of the Center’s Leonardo Society and sponsors of a number of programs and exhibits at the Center.

McLean has been a team leader with Steel Valley Investment Group – a division of Raymond James & Associates financial advisors – since 2007. His expertise includes leveraging short-term volatility in financial markets, and he earned national certification as a Wealth Management Specialist in 2009. McLean’s tenure with Steel Valley was preceded by a 24-year career at Janney Montgomery Scott, LLC, in Philadelphia, Pa., as a First Vice President of Investments.

McLean is an armed forces veteran of the Vietnam War and has served the community as President of the Slatington Rotary Club in Slatington, Pa., and Board President of the Salvation Army Corps in Easton, Pa. A native of Ohio, McLean holds a bachelor’s degree in Business Administration from Ashland University in Ashland, Ohio.

Tracy has led Lehigh Valley Health Network’s telehealth services – the use of technology to deliver health care service and information – since Jan. 2006. Prior to his work with LVHN, he was Executive Director of Telehealth for the University of Missouri School of Medicine in Columbia, Mo., for more than 11 years. Tracy also is a board member for the Burn Prevention Network in Allentown, Pa.

Richard Blanco is an American poet, author, and ci

We are thrilled to introduce the new Da Vinci Scie

Spring Break School's Out Science Camps are right around the corner! Kids get a crash course in healthcare with Da Vinci, M.D. camp, travel to a far-off galaxy in Use the Force camp, and take on the egg drop challenge in Spring Fling camp. bit.ly/3feQtUc ...

Have you ever made a Heliball that you can pilot using just your hand? Well, in the Invention Project science club, you can do this and SO MUCH MORE! Registration closes April 2. bit.ly/3cmet5H ...

Check out this awesome virtual event from the LGBTQ Business Council, featuring Hazel Grace Roses, our Facilities Technician. Hazel will share her story and speak with other panelists about navigating life through the LGBTQ workplace and beyond. We are a proud supporter of the LGBTQ Business Council, and are committed to being a safe and inclusive organization for all staff, volunteers, and visitors. #PrideinSTEAMStr8 Talk: Life In The Real World is happening on Thursday, March 25th from 12:00 - 1:30 PM! This Str8 Talk Panel is designed for curious minds and those willing to enhance their allyship. Str8 Talk participants will have the opportunity to learn more about navigating life through the LGBTQ workplace and beyond as each panelist represents their identity, shares their experience and personal stories.Register for free below!bit.ly/3lh9SEK ...

We are very proud of our Chief Administrative Officer, Maureen Michael, for being named one of Lehigh Valley Business's 2021 Women of Influence. Maureen has been an instrumental leader at Da Vinci Science Center and inspires everyone around her. Congratulations Maureen! bit.ly/3qEfPww ...

“Sharing stories of persistence is really important to girls interested in science.” -Karen Knecht, Da Vinci Science Center Director of Education. Last night, Karen participated in a virtual panel discussion as part of PBS39's event, The Future is Female: Women, Space, & NASA. She spoke about our Women in Science & Engineering Initiative and the importance of getting more girls interested in STEM careers. Check out the full program below. #womenshistorymonth ...

The Future Is Female

This is "The Future Is Female" by PBS39 on Vimeo, the home for high quality videos and the people who love them.

We're looking for girls ages 11-15 who are interested in STEM to ask questions and share their passion for science as part of the PBS39 virtual screening event, The Future is Female: Women, Space, and NASA. Learn more at bit.ly/3rieInj. ...

PBS39 is proud to present The Future is Female: Women, Space and NASA. Join us on Wednesday, March 10.
View on Facebook
· Share

To mark #WomensHistoryMonth, the Da Vinci Science Center team will be hosting and participating in programs that feature women in STEM careers and the girls who are inspired to follow in their footsteps! Check out all the activities at bit.ly/2Pw0mSF. ...