ALLENTOWN, PA.— The Da Vinci Science Center is poised for the next phase of development of the new state-of-the-art facility that will be a major draw for downtown Allentown. During a virtual update, Science Center Executive Director and CEO Lin Erickson unveiled photorealistic renderings of the facility and exhibits, announced that PPL Corporation would be the title sponsor of the new building, and officially launched the fundraising campaign of $72 million. Current plans call for ground breaking in spring 2022, with the new facility to open in spring 2024.

“We are reimagining what a science center, and STEAM education will look like,” said Erickson who was at the helm of the organization from 1997-2005 and returned in 2013 to lead the Science Center through its next transformation.  “The new Da Vinci Science Center will be a Regional Center of Excellence for STEAM Education, serving as a community hub and conduit to STEM careers, while inspiring curiosity in visitors of all ages through immersive experiences.  With strong public support and PPL as the title sponsor, this project is full STEAM ahead,” she added.

Erickson unveiled renderings of the new 67,000-square-foot facility with the name Da Vinci Science Center at PPL Pavilion prominently featured on the exterior at the Hamilton Blvd. and Eighth St. entrances.

“Inspired by Leonardo da Vinci’s way of thinking, this world-class science center will ensure that our region can continue to thrive, said Vincent Sorgi, President and CEO of PPL Corporation. “One of the benefits of locating the new Science Center in Downtown Allentown is that it is within walking distance of thousands of students who live nearby.  And PPL’s involvement demonstrates our strong commitment to supporting equitable, engaging, high-quality educational opportunities for all students and helping to prepare the next generation of STEM workers,” he added. 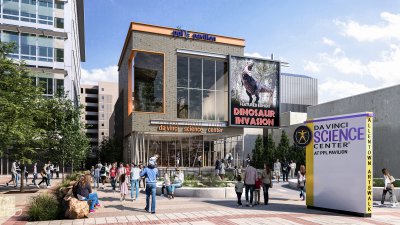 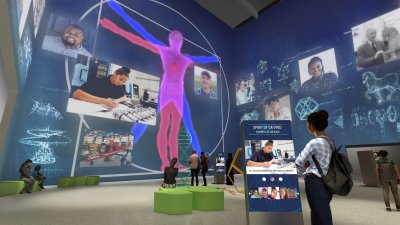 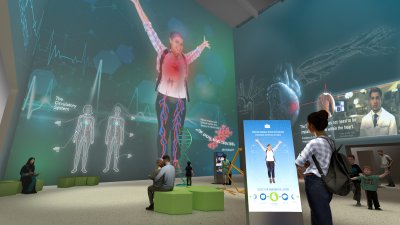 Science in the Making 1 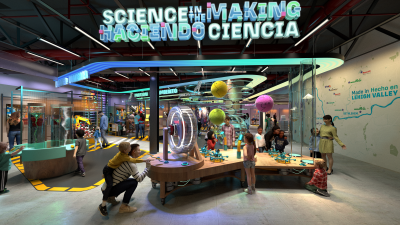 Science in the Making 2 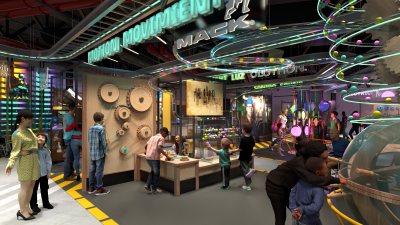 Science in the Making 3 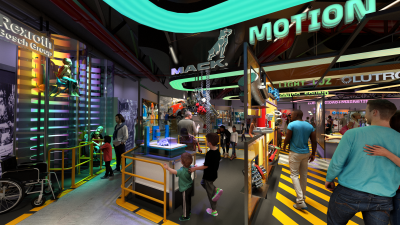 Science in the Making 4 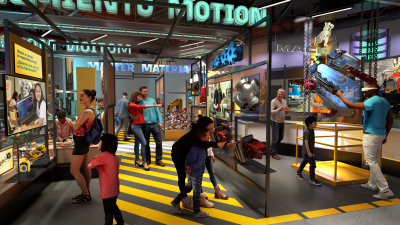 Science in the Making 5 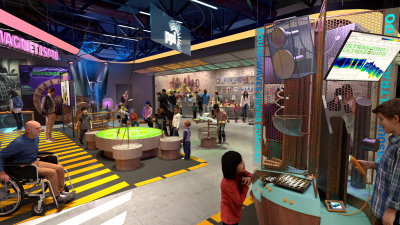 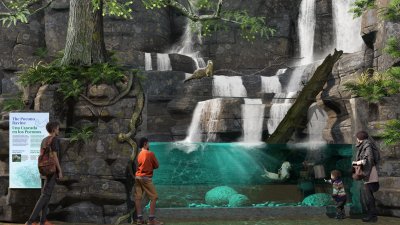 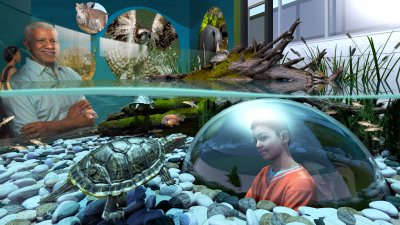 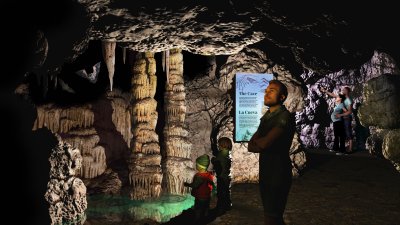 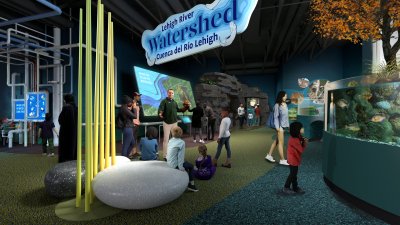 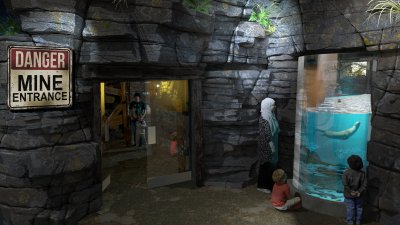 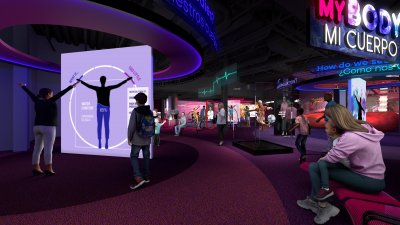 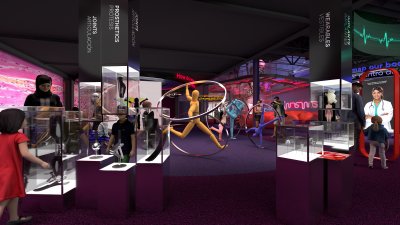 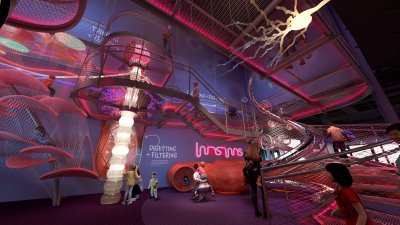 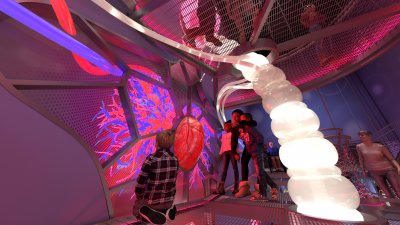 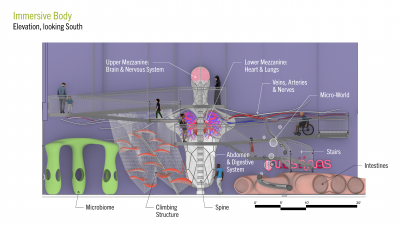 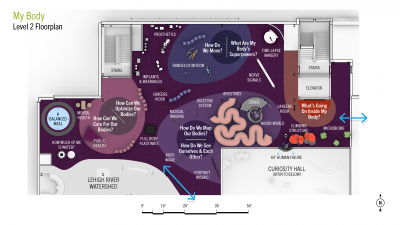 Science in the Making – Level 1 Floorplan 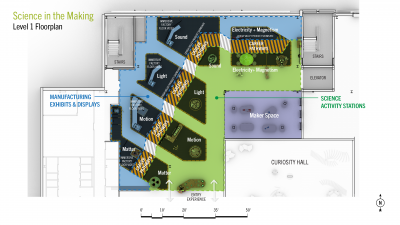 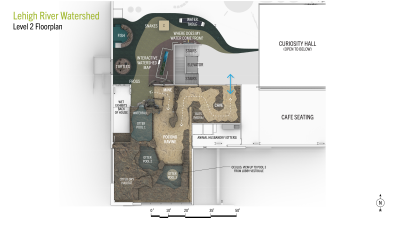 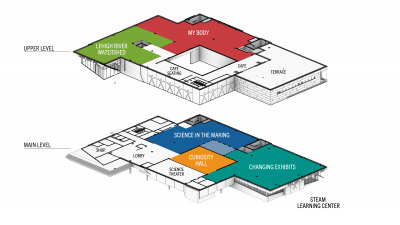 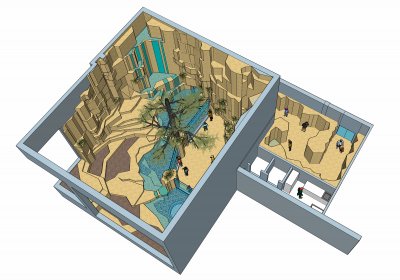 Students share what the new science center will mean to them

Join the CMB-S4 Collaboration for the Saturday Sci

Looking for something fun, hands-on, and education

Join the CMB-S4 Collaboration for the Saturday Science Series, a virtual lecture series for high school students, beginning Oct. 9. Register at bit.ly/36XXoM8.The CMB-S4 Collaboration is a scientific organization of astronomers from around the world, who collaborate to design, build, deploy, operate, and analyze data from the upcoming CMB-S4 Experiment. The experiment will observe the cosmic microwave background (CMB), the oldest light in the Universe, which can be thought of as a literal baby picture of the Universe. The collaboration is supported by NSF (National Science Foundation) and DoE (Department of Energy). ... See MoreSee Less

Local success story Jared Isaacman continues to soar to new heights, being among the first tourists in space! Our STEAM Educator, Felipe Maldonado, shared his thoughts on what this historic moment means to science educators and students. www.wlvr.org/2021/09/as-jared-isaacman-prepares-to-launch-into-space-what-does-his-mission-mean-f... ... See MoreSee Less

As Jared Isaacman prepares to launch into space, what does his mission mean for space educators? - WLVR FM

Looking for something fun, hands-on, and educational for kids to do after school? Our STEAM Science Club is back this fall! Each week we’ll practice our observation skills, ask questions, design creative solutions to problems, and conduct experiments. Learn more and register at bit.ly/2VHsOnY. ... See MoreSee Less

In celebration of National Arts in Education Week, Da Vinci Science Center is proud to highlight the work of arts teachers and students who use technology to do everything from building a robot that will beat in time to music, to digitally-designing and 3D printing models of delicious desserts. STEAM education can help prepare students for jobs in a tech-rich world. Like our namesake, Leonardo da Vinci, we believe that the arts and STEM are natural partners. The art teachers we work with help their students see the many similarities in the practices and habits of mind used by artists with those that are used by scientists and engineers. #BecauseOfArtsEd #STEAMrocks ... See MoreSee Less

National Hispanic Heritage Month is a time to honor the contributions made throughout this country’s history by the Hispanic and Latinx community. We are proud to kick off the month by highlighting one of our newest team members who was recently interviewed by Made Possible in Lehigh Valley. Felipe’s contributions to our community are literally far out! www.lehighvalleymadepossible.com/stories/a-passion-for-space-brings-educator-from-chile-to-the-le... ... See MoreSee Less

Felipe Maldonado is the new educator at the Da Vinci Science Center in Allentown, where he will create programming in English and Spanish.
View on Facebook
· Share

Most of us think of deer as carriers of ticks but as our Outreach Education Coordinator, Megan Roselli, and fellow authors explain in a recent article in Urban Ecosystems Journal, ticks also rely on birds to travel any great distance. So whether you are visiting a city park or hiking in the woods, don’t forget those tick checks when you and your family get home! rdcu.be/cxhrR ... See MoreSee Less

Does your child love to tinker and come up with new inventions? Enroll them today in our Young Inventors: Idea Lab science club! We'll take problem-solving to the next level, and turn ideas into real prototypes. Begins Oct. 3. Register and learn more at bit.ly/2VHsOnY. ... See MoreSee Less

We had a great time last night at the Lehigh Valley IronPigs STEAM Night. Thanks to everyone who stopped by! ... See MoreSee Less

It's your last chance to catch the dinosaurs! Expedition: Dinosaur, Rise of the Mammals ends Sept. 6. Have you visited yet? bit.ly/3wWpiCy ... See MoreSee Less

Visit bit.ly/3wmt4Fc to learn more about the Tyrannosaurus Rex and Expedition: Dinosaur, Rise of the Mammals. ... See MoreSee Less

Visit bit.ly/3wmt4Fc to learn more about the Torosaurus and Expedition: Dinosaur, Rise of the Mammals. ... See MoreSee Less

Visit bit.ly/3wmt4Fc to learn more about the Anzu Wyliei and Expedition: Dinosaur, Rise of the Mammals. ... See MoreSee Less

Check out part of Rep. Peter Schweyer's visit to the site for Da Vinci Science Center at PPL Pavilion. Thanks again for visiting and for your support! ... See MoreSee Less

Visit bit.ly/3wmt4Fc to learn more about the Edmontosaurus and Expedition: Dinosaur, Rise of the Mammals. ... See MoreSee Less

We had a great time this afternoon with Congresswoman Susan Wild and Rep. Peter Schweyer showing them the plans for the new Da Vinci Science Center at PPL Pavilion. Thank you for your support! ... See MoreSee Less

Constructing a building is a complex, multifaceted endeavor, and an ideal way to showcase the importance of STEAM education – Science, Technology Engineering, Arts and Math. STEAM in Action spotlights the individuals, teams, and organizations that are literally helping us bring the new Da Vinci Science Center at PPL Pavilion to life. Our first blog conversation is with Colleen Limbert, a Staff Soil Scientist at Geo-Technology Associates, Inc. (GTA).www.davincisciencecenter.org/the-dirt-on-what-its-like-to-be-a-soil-scientist/ ... See MoreSee Less

July 28, 2021 Colleen Limbert, a Staff Soil Scientist, and the team at Geo-Technology Associates are engaged in the project early on. They use drill rigs to drill borings and rock probes into the grou...
View on Facebook
· Share

Visit bit.ly/3wmt4Fc to learn more about the Ankylosaurus and Expedition: Dinosaur, Rise of the Mammals. ... See MoreSee Less

Visit bit.ly/3wmt4Fc to learn more about the Dakotaraptor and Expedition: Dinosaur, Rise of the Mammals. ... See MoreSee Less